The IPL has produced many stars over the years, and it is no different this time as well with several youngsters and newcomers impressing with their fearlessness and game-changing contributions. In this article, we look at five relatively new players in IPL who stood out for their performances. The list includes two leg spinners, a tearaway quick, a young all-rounder and a batsman.

Rahul Chahar, the young leg spinner shone brightly for Mumbai Indians impressing with his fearlessness, guile, and control. Rahul was a back up to Mayank Markande, but an injury to Markande presented Rahul Chahar with an opportunity he grabbed with both hands. The 19-year old picked up 13 wickets, but the most vital facet about the teenager was his ability to tie the opposition batsman. The leg spinner has an economy of 6.55 the best by a Mumbai Indians bowler and overall among spinners in IPL who bowled more than ten overs only Rashid Khan and Jadeja had a better economy than Rahul Chahar. The cousin brother of Deepak Chahar has a bright future ahead of him. 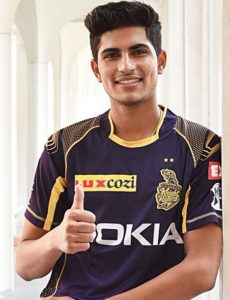 The tall batsman from Punjab had already showcased his potential in the U/19 World Cup and then in IPL 2018, but the Punjab born batsman came into his own this season. Gill scored 296 runs at an average of 32.88 despite being shunted up and down in the batting order. The 19-year old’s brilliant performances earned him IPL’s Emerging Player Award and in a disappointing season for KKR Gill’s achievements along with Russell gave KKR fans something to cheer. The teenager is a sweet timer of the ball, reliable on the back foot and is equally good on both sides of the wicket. It is only a matter of time before Gill is a regular in the National team.

The shy lad from Haryana made his mark for the Royal Challengers Bangalore in his debut season bowling with his pace and aggression. The 26-year impressed with his ability to hurry the batsman and was the only fast bowler bowling with consistency for RCB. Saini was one of the fastest Indian bowlers in this IPL frequently clocking up speed above 150 kph. Saini ended the campaign with 11 wickets, the only RCB bowler to take more than ten wickets. The skinny Saini also had an impressive economy of 8.27 despite bowling frequently in the death overs. His impressive IPL 2019 also caught the attention of national selectors who named him as a standby for the World Cup squad.

Arguably the only bright spot in an underwhelming campaign for the Rajasthan Royals, Shreyas Gopal shone brightly for the Royals impressing with his guile, control, and wicket taking abilities. The 25-year old picked up 20 wickets, the 4th best by a bowler in IPL 2019. In a forgettable campaign for the Rajasthan bowlers, Gopal was the lone warrior consistently picking wickets and keeping Royals in the hunt. The Karnataka bowler displayed impressive versatility by bowling superbly in Powerplay or the middle overs. The icing on the cake for Shreyas Gopal was the hat-trick against RCB in a rain-curtailed match becoming the first bowler in IPL 2019 to take a hat-trick.

Riyan Parag apart from Shreyas Gopal was perhaps the only bright spark in a disappointing campaign for Rajasthan Royals. The young all-rounder became the first player from Assam to play in the Indian Premier League. The 17-year old also became the youngest player to score a half-century in the Indian Premier League beating fellow teammate Sanju Samson’s record. The youngster not only impressed with his batting but also his bowling displaying several varieties like the Carrom ball, googly and traditional leg spinner. In 5 innings Parag scored 40 or more in 3 innings showing maturity beyond his years which led to Steven Smith earmarking him for future stardom.

Sportz Hub - December 3, 2021
0
Why Messi deserved to win his record 7th Ballon d'Or Messi started the year off in great form as he provided 4 goals and 1 assist...