The IPL has always brought in new stars over the years, while the likes of Kohli, Dhoni, Rohit Sharma and deVilliers are household stars and are expected perform a starring role for their respective teams. We look at some unlikely players who have starred this season (IPL 2019) and performed beyond expectations.

Sarfraz was always highly rated in the cricketing circles but for some reason did not back his rich potential with consistent performances in IPL. After 3 unfulfilled seasons with RCB Sarfraz was picked up by King XI Punjab to give him a new lease of life. The 21-year old has repaid the faith shown by the Kings XI management to score 180 runs in 5 innings at an average of 45 solving Kings XI Punjab’s middle order woes to a certain extent. The middle order batsman has scored more than 30 runs in 3 of his 5 innings including a half century against CSK highlighting his consistency. The Mumbai born youngster has all the shots to succeed in T20 cricket and it is heartening to see him find consistency.

The English all-rounder’s presence in the RCB camp was considered as an afterthought due to the presence of AB de Villiers, Nathan Coulter Nile, Marcus Stoinis and West Indies explosive batsman Hetmyer. But the mild mannered Moeen has been ever present for the RCB luckily due to the unavailability of Nathan Coulter Nile and the 31-year old has grabbed the chance with both hands contributing with both bat and ball. The left handed batsman has scored 220 runs at a strike rate of 165.41, the best by an RCB batsman this season. Moeen has also taken 6 wickets at an economy of 6.76 which is also the best an RCB bowler in IPL 2019. Moeen Ali’s transformation from a potential bench warmer to a key performer has been remarkable.

Deepak Chahar is one more among the list of unlikely players to shine for MS Dhoni’s CSK in the IPL. In a bowling attack dominated by spinners, the 26-year old is the exception leading CSK’s pace attack. Chahar has been used largely by Dhoni in the Powerplays and the Rajasthan seamer has backed his captain by taking the most wickets by a bowler in Powerplay in IPL 2019. Overall, he has taken 16 wickets and is the only CSK fast bowler to take 10 or more wickets so far. Deepak Chahar’s ability to swing the new ball and take wickets upfront has been one of the underrated factors of another fine campaign for CSK. 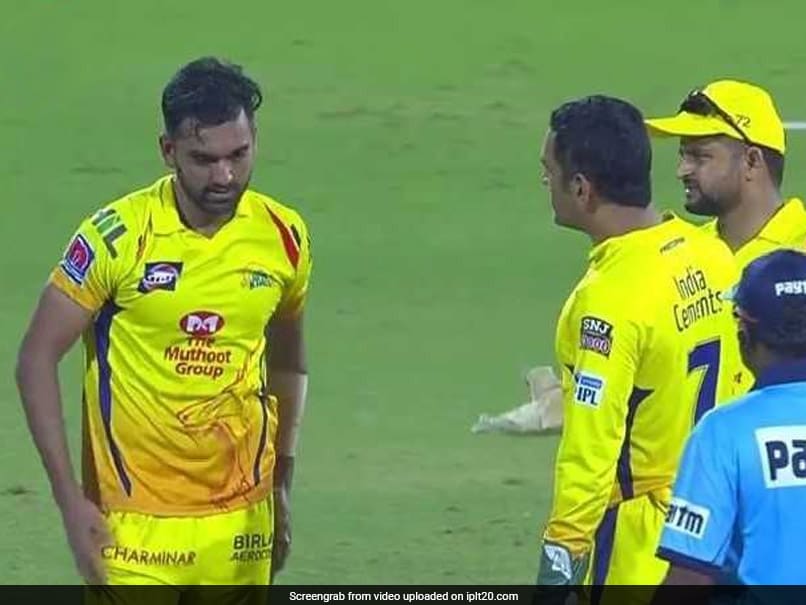 Khaleel was initially out of favor for SRH with the Hyderabad franchise opting to play Bhuvneshwar Kumar, Sandeep Sharma and Siddharth Kaul ahead of him. But since Khaleel has been given the chance, he has grabbed the opportunity with both the hands. Utilizing his full repertoire of slower deliveries and cutters the left arm pacer has taken 17 wickets, the most by an SRH bowler in IPL 2019. Among fast bowlers only Rabada has taken more wickets than Khaleel despite him playing only 8 matches. The 21-year old has gone wicket-less only once and has picked up 3 wickets in a match on 5 occasions highlighting his consistency. The fast bowler’s quality can be gauged by the fact that all of his wickets have been batsman between no 1 to no 7.

Arguably the only bright spot in an underwhelming campaign for the Rajasthan Royals, Shreyas Gopal shone brightly for the Royals impressing with his guile, control and wicket taking abilities. The 25-year old picked up 20 wickets, the 3rd best by a bowler in IPL 2019. In a forgettable campaign for the Rajasthan bowlers, Gopal was the lone warrior consistently picking wickets and keeping Royals in the hunt. The Karnataka bowler displayed impressive versatility by bowling superbly in Powerplay or in the middle overs. The icing on the cake for Shreyas Gopal was the hat-trick against RCB in a rain curtailed match becoming the first bowler in IPL 2019 to take a hattrick.

Why can Argentina led by Messi win the Copa America?