We look at some of the unknown youngsters who propelled themselves into stardom after impressing in the Pakistan Super League 6.

Khurram Shahzad: 21-year-old Khurram Shahzad was the lone bright spot in a hapless Quetta Gladiators bowling attack. The emerging pick for the Abu Dhabi leg impressed with his pace, control, variations and an impressive ability to land pinpoint Yorkers. The Mandi born fast bowler had an economy rate of 7.25, best by a Quetta bowler who had bowled more than 8 overs, highlighting his ability to keep a lid on the opposition’s scoring rates. Khurram Shahzad picked up 7 wickets in 5 matches, among Quetta bowlers only Mohammad Hasnain (9) Mohammad Nawaz picked up more wickets, having played 4 matches more highlighting his wicket taking ability.

Mohammad Imran: Left arm fast bowler Mohammad Imran was another unknown youngster who impressed in Pakistan Super League 6. The 20 year old picked up 9 wickets and in a high scoring PSL had a respectable economy rate of 8.19 which was better than seasoned PSL stars like Wahab Riaz, Mohammad Amir, Mohammad Hasnain etc. Mohammad Imran’s ability to bowl consistently at 140 kph plus his armory of slower ones make him a future prospect to keep an eye on. 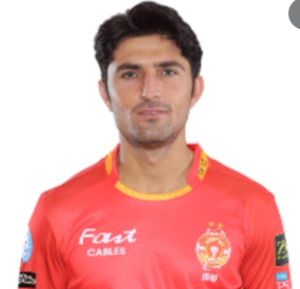 Mohammad Wasim: Before making his PSL debut there was already buzz around the Khyber Pakhtunkhwa fast bowler after KPK coach Abdul Razzaq said that he is the quickest fast bowler in QEA 2020. Mohammad Wasim was picked up by Islamabad United and he didn’t disappoint picking up 13 wickets, only 6 bowlers picked up more wickets in PSL 6. The 19 year old’s ability to reverse swing the old ball particularly caught the attention. The Waziristan born Wasim is also a handy batsman who can use the ramp and scoop shots effectively. Wasim’s all-round potential impressed Pakistan Chief selector to select him for Pakistan’s squad for England and West Indies tours, after also initially picking him for the South Africa and Zimbabwe tours which occurred just after the aborted PSL.

Shahnawaz Dahani: The undoubted breakthrough star of PSL 6 Shahnawaz Dahani impressed each and everyone with his bowling skills and his positive attitude. The 22-year-old picked up 20 wickets, most by a bowler in PSL 6. The Larkana born fast bowler won the best bowler and the emerging player of PSL 6 highlighting his swift rise. Dahani’s ability to regularly clock speeds in excess of 145 kph meant that Multan Sultans bowling coach Azhar Mahmood remarked that Pakistan may have found the new Shoaib Akhtar no faint praise given that Azhar has played a lot of his cricket with the world’s fastest bowler.

Sohaib Maqsood: Sohaib Maqsood is not a new player however, his exploits meant the Multan born batsman could not be ignored. The 34-year old last played for Pakistan way back in 2014 and was forgotten however, his resurgence meant he had to be included in the list. Sohaib Maqsood scored 65 runs not out for Multan Sultans in the final against Zalmi upping the ante after a sedate start by the openers, claiming the player of the match trophy.

He also bagged the best batsman and player of HBL PSL 2021 awards due to his exceptional batting performance. He scored 428 runs with 5 half- centuries and ended with a strike rate of 156.77 and a superb average of 47.55 runs.