We Look at how Argentine goalkeeper Emiliano Martínez has excelled for the Gunners.

After the restart Arsenal had a torrid time playing two away matches against Manchester City and Brighton and losing both. The loss against Brighton stung more because German goalkeeper Bernd Leno who was one of Gunners best players this season suffered a serious knee injury and was ruled out for the season. One man’s loss was another man’s gain, the calamity presented an opportunity for Argentine goalkeeper Emi Martinez to stake his claim for the no 1 spot by filling in well for Bernd Leno. Arsenal fans would be forgiven for feeling the worst with Emi Martinez in goal. Martinez joined Arsenal as a teenager in 2010 and graduating to the senior team in 2012 and had played just 12 matches in 8 years for the North London giants. This was the first time the big goalkeeper had a run of games as an Arsenal goalkeeper.

However, the 27-year has been nothing short of sensational for the Gunners. Emiliano Martínez has the best save percentage in the Premier League this season, the only goalkeeper above 80%. Highlighting his class and brilliant shot stopping ability. Since his first start against Southampton, no goalkeeper has made more saves in the Premier League. While Leno was a brilliant shot stopper himself, he sometimes struggled to deal with crosses. The one thing Martinez has above Leno is his ability to deal with crosses and high balls superbly using his 6 feet 4 height to good effect. This is the quality Arsenal goalkeepers had lacked for several years. 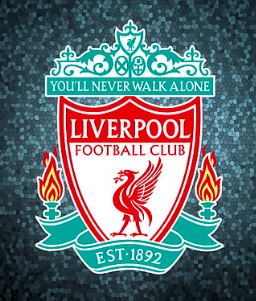 Against Liverpool in Arsenal’s first win over them in 5 years Martinez made 8 saves, the most by an Arsenal goalkeeper at home in the Premier League. Martinez has made some stunning saves, his save of Ben Davies’s piledriver was special, as was his full stretch last minute save of Alexander Arnold. The Argentine also made a super save of Riyad Mahrez in Arsenal’s shock 2-0 win over Manchester City. It was Arsenal’s first clean sheet against Manchester City since 2015, ending a 7-match losing run to the Citizens.

Martinez’s fine form means he has given Arsenal manager Mikel Arteta a big headache when Bernd Leno returns. Also, Martinez’s fine form for Arsenal means he can also line up alongside Lionel Messi for the Albiceleste and solve Argentina’s woes between the sticks. The 27- year can play a crucial role in ending Argentina’s and Messi’s wait for an International title at the Copa America scheduled in 2021.

MO SALAH. THAT’S IT. BEST PLAYER IN THE WORLD . #YNWA

Which is your favourite of Sadio’s 💯 strikes for the Reds?

Good morning at the top⏫ #YNWA

Arteta: "Really hard fought victory. We have players that do not have the best qualities to play that game, but I thought they did terrifically well. Their commitment and the attitude they showed to find a way to win was the most pleasing thing for me."

Fans singing “Mo Salah running down the wing” while he walks past and appreciates it. Beautiful. 😍