Arsenal and Chelsea go head-to-head in the FA Cup Final this weekend, with an empty Wembley Stadium set to stage the clash between two London heavyweights. Chelsea will look to end a promising campaign with a trophy. However, the clash is more pivotal for the Gunners as they look to salvage a poor season. Arsenal missed out on European football for the first time since 1996 and will look to win the FA Cup to play in next season’s Europa League. Simply put, Arsenal has a lot more riding on the outcome of this clash than Chelsea.

We look at some key facts.

Arsenal is playing its 21st FA Cup Final, more than any other side.

The Gunners have won the competition 13 times, more often than any other team in FA Cup history.

Chelsea is playing in their 14th FA Cup Final, with this their seventh appearance in the World’s oldest cup competition, since the new Wembley Stadium re-opened in 2007.

The Blues have won seven of their last nine Finals, with both defeats in that time coming against Arsenal.

Both the teams are meeting in the 3rd FA Cup final with Arsenal having won both the previous two finals. 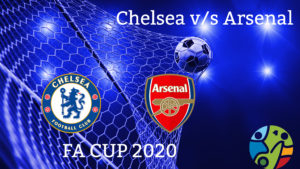 Arsenal has won 8 out of their 9 FA Cup finals, including winning their last 6 on the trot.

Chelsea has a poor FA Cup record against Arsenal having won just 4 out of the 12 meetings between the teams.

Mikel Arteta could become the first Arsenal manager to win the FA Cup both as a player and the manager.

Lampard will also aim to win his first trophy as a Chelsea manager after having won the trophy on 4 occasions as a Chelsea player.

David Luiz missed both of his last 2 FA Cup wins as a Chelsea player due to injuries and will want to be part of the cup winning team with his new team.

Olivier Giroud has a brilliant record in the FA Cup, the Frenchman has won the cup on 4 occasions and has been involved in 24 goals in 30 FA Cup appearances (16 goals, 8 assists).

*All stats via opta

Why can Argentina led by Messi win the Copa America?