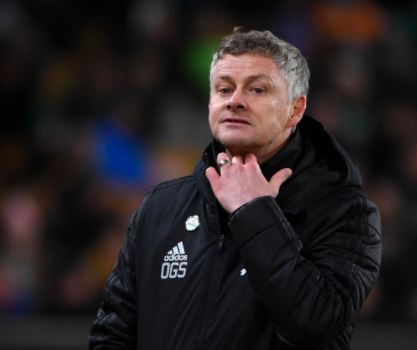 Ole Gunnar Solskjær showed signs of progress in his first full season as the Red Devils boss finishing third and reaching the three competitions semi-finals. However, some flaws meant they finished empty-handed once again. In this transfer window, Manchester United should look to mean business.

Ole Gunnar Solskjær made a big decision last season by selling big money center-forward Romelu Lukaku to Inter Milan. To add salt to the wounds, Lukakau thrived in Italy, scoring 34 goals in all seasons. In comparison, Martial led the line admirably after restart scoring 23 goals in all competitions, ably supported by Marcus Rashford. The emergence of Mason Greenwood also added another goal threat from the right-wing for the Red Devils. However, there is a suspicion that they are too similar. Ole Gunnar Solskjær needs an excellent physical number 9 to get the best out of a fluid attack, especially when they need a plan B when things are not working. Europa League semi-final defeat against Sevilla is a case in point.

Ighalo was signed on loan to provide plan B and physical presence, but the Nigerian failed significantly. While Greenwood showed his class and potential regularly scoring after the restart, he is still a teenager. Asking him to play three games in 8 days will be too much. The Red Devils have hence started talks with Borussia Dortmund’s exciting winger Jadon Sancho. Sancho looks like a natural fit in Ole’s system. If Man United find a quality center-forward and a right-winger, they will complete an already very promising attack.

Manchester United have struggled in midfield since the retirement of the unheralded Michael Carrick. The signing of Nemanja Matic from Chelsea temporarily solved the issue. But the Serbian has lost form and has struggled for consistency since his maiden season with the Red Devils. The emergence of Scott Mc Tominay meant Ole Gunnar Solskjær had the requisite steel and tenacity in midfield for a brief period. But the injury to Scott Mc Tominay and combined with Nemanja Matic’s prolonged loss of form means Manchester United are crying out for midfielders who can play in front of defense to cover for the duo of Pogba and Fernandes.

Ole Gunnar Solskjær will prioritize signing a midfielder who can protect their defense and play in tandem with Paul Pogba and Bruno Fernandes. Signing a dominant holding midfielder will mean Man Utd will have a midfield, which will be Europes envy.

Central Defender: Red Devils reached the semi-finals of three cup competitions. On each occasion, their defensive frailties meant Man United once again finished the season trophyless. Harry Maguire’s form since signing for Manchester United, to put it mildly, has been mixed. Lindelof improved this season but still made high profile errors in the Europa League semi-final against Sevilla. His subsequent outburst with Bruno has further reduced his popularity among Man Utd supporters.

Ole Gunnar Solskjær might reintegrate Smalling, who excelled for Roma last season and was one of the standout defenders of Serie A in 2019/20 but his lack of ability on the ball is a big concern. Additionally, the constant injuries to Jones and Rojo mean barring the first choice center-back partnership of Maguire and Lindelof, Man Utd lack reliable alternatives in the Centre back position and need to bring in reinforcements.

While the signing of right-back Aaron Wan Bissaka from Crystal Palace proved to be a good signing for Man United, they will have that position covered for the next few years with the presence of Wan Bissaka and the youngster Diego Dalot. Ole Gunnar Solskjær needs to add a body at the left-back position due to Luke Shaw’s constant struggle with injuries coupled with the fact that Brandon Williams is still young and inexperienced.

Solskjær will want to avoid a repeat of this season’s Europa League’s semi-final defeat where a young Williams had to play. His inexperience showed in that game as Sevilla celebrated a win. Signing an experienced left-back will mean Man Utd can cover Shaw’s injury struggles, and Williams develops at his pace.