Many new players have been brought in by teams including some big-name arrivals, We Look at the best foreign debutants of Indian Super League 7 till now.

FC Goa’s fans were dealt a huge blow by the news that ISL top scorer Coro will not be featuring for the Gaurs in ISL 7. FC Goa swiftly replaced him with fellow Spaniard Angulo. The 36-year-old announced himself in style in ISL 7 by scoring a brace against Bengaluru FC. Since then, the diminutive Spaniard has not stopped scoring, he has scored 10 goals, most by a player in ISL 7. Angulo has scored 45.45% of FC Goa’s goals, highlighting FC Goa’s reliance on him. Angulo’s goal conversion of 25.64 is the 3rd best by a player in ISL 7. (More than 3 goals scored). 35 out of his 39 shots have been from inside the box, highlighting his poacher’s instinct. FC Goa have not lost in the 7 matches that Angulo has scored highlighting his impact for FC Goa. Angulo’s brilliant performances have meant FC Goa have not missed Coro which is no small feat.

FC Goa have been known to introduce quality playmakers in ISL, from the likes of Leo Moura to Hugo Boumous, Noguera Ripoli is another one who has impressed in ISL 7 with his passing and vision. While the focus has been mostly on Angulo, Mendoza, Brandon or Edu Bedia, the Spaniard Noguera has quietly been effective without grabbing the headlines. Noguera has 6 assists, joint most along with Boumous in ISL 7. The 31-year-old has created 30 chances, 7th most by a player in ISL 7. The former Atletico Madrid midfielder has also contributed defensively making 29 successful tackles, joint most by a FC Goa player.

Mumbai City FC pulled something of a coup by convincing Adam Le Fondre to sign for them for ISL 7. The Englishman hasn’t disappointed scoring 8 goals in 15 matches despite playing some of these on the wing to accommodate Ogbeche. The 34-year-old has a goal conversion rate of 25.80, best by a player with more than 3 goals highlighting his deadly finishing. The former Reading forward has impressed with his technique and dedication and has helped Mumbai City FC to the top of the league so far. With the league entering a decisive phase Le Fondre will remain the key man for the Islanders to hold off the challenge of ATK Mohun Bagan. 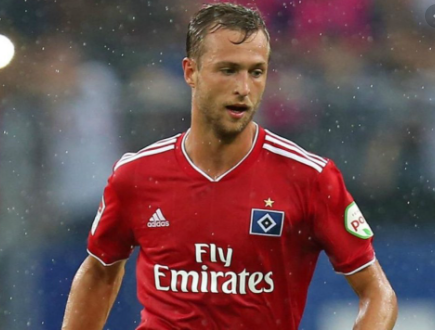 Odisha have suffered a forgettable campaign having won just 1 match and languishing at the bottom of the ISL 7 table however, the only bright spark for them has been the performances of forward Diego Mauricio. Mauricio has scored 7 out of the 13 goals that Odisha have scored, overall, he has scored 53.85% of the total goals Odisha have scored, only Valskis has contributed more goals for a team in ISL 7. The Brazilian was also heavily involved in the 2 own goals that Odisha have benefited with. The 29-year-old has scored some absolute screamers which gave something to cheer for the Odisha fans. Mauricio has been Odisha’s biggest threat attempting 37 shots, most by an Odisha player in ISL 7 and 20 more than the next best Odisha player.

U Mumba vs. Haryana Steelers : Eliminator 2