The PKL will now move into its 7th Season and with it many earlier stars of the early PKL are not to be seen. The likes of Anup and Rakesh Kumar have moved into coaching, while Jasmer Singh Gulia one of India’s best all-rounders also announced retirement. In this article we have a look at some of PKL’s earlier stars who might have played their last PKL. 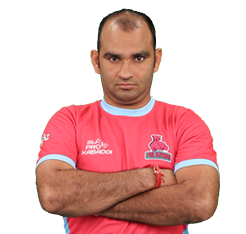 The “Nawab” Jasvir Singh was picked up by Tamil Thalaivas at a base price of 12 lakhs and for the first time after 5 seasons he was turning out for a team other than Jaipur Pink Panthers. The vastly experienced 34-year old was expected to provide raiding support to Ajay Thakur, but the left raider struggled for form and hardly made any impact for the Thalaivas. A veteran who had scored more than 300 raid points in 5 seasons, the “Arjuna Award” winner managed just 42 raid points managing to score more than 5 raid points on just 2 occasions further highlighting his dwindling raiding prowess. His below par form for the Tamil Thalaivas means he went unsold at the PKL 7 auctions kabaddi fans might have seen the last of Jasvir and his famous Scorpion Kicks.

Do or Die expert Rajesh Mondal was another of the big names who failed to receive any bids in PKL 7 Auction. One of PKL’s most successful raiders Mondal had reached the play-offs in each of the PKL campaigns including playing a key role in Patna Pirates title triumphs in PKL 3 and 4 and Bengaluru Bulls run to the finals in PKL 2. Sadly, for the Puneri Paltan, the 33-year old looked ineffective and unthreatening and managed just 14 raid points in total with 7 of them coming in 1 match against the inexperienced Haryana Steelers. Bengal native’s ineffectiveness especially after Nitin Tomar’s injury was one of the big reasons for Puneri Paltan failing to make the Play-offs for the first time since PKL 2 and also Mandal being unsold.

Experienced defender Bajirao Hodage was part of the PKL since its inception and despite suffering a below par season with Dabang Delhi in PKL 5 was still known as one of the better right covers in PKL. With powerful dashes and well-timed blocks, the 36-year old played a big part in Patna Pirates title triumph in PKL 4, but those skills seemed to have eluded him for the Pink Panthers in PKL 6 as he appeared to lose his sense of timing and was also slow to retreat. Baji scored just 1 tackle point from the 6 matches he played before he was benched by the Pink Panthers. He duly went unsold at the PKL 7 auctions and barring a big turnaround we have seen the last of Baji in PKL. 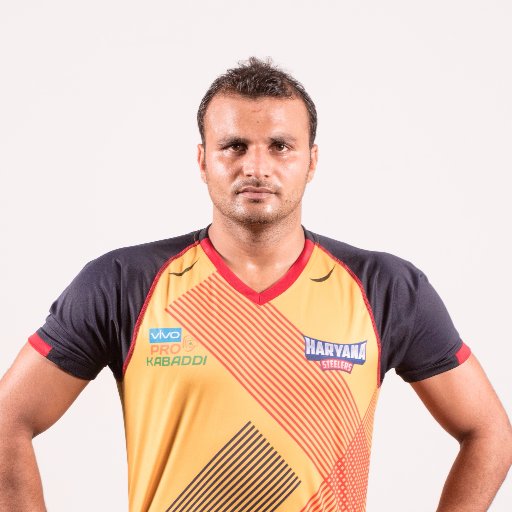 The last of the list Wazir also failed to interest any teams and went unsold. One of PKL’s best raiders in the first 2 seasons where he was the lone warrior for the Puneri Paltan the 30-year old showed impressive courage and determination to fight from a serious injury suffered while playing for Delhi in PKL 3 subsequently missing almost 2 seasons. He was picked up by Haryana Steelers in PKL 5 and the 31-year old repaid their faith by top scoring for the Steelers with 107 raid points. Unfortunately for Wazir Dhull he suffered another hand injury in Haryana’s opening match against Puneri Paltan and failed to make a full recovery. Him going unsold means we might have seen the last of one of PKL’s early stars.

Sportz Hub - August 18, 2020
0
Chelsea FC New Signings Chelsea finished in 4th position in the 2019/20 Premier League season which was an achievement considering the transfer ban and the...