The PKL 7 ended with Bengal Warriors crowned champions for the first time in their history, while the impressive Dabang Delhi suffered a heartbreak in the final. PKL 7 saw some brilliant individual seasons by many players. The beauty of this season was the new break out stars that upstaged the established stars. The best defence consists two left corner, a right corner, right cover and a left cover. 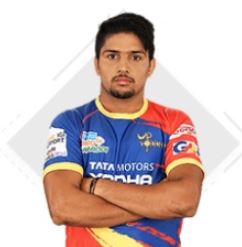 The young U.P Yoddha right corner enjoyed another stunning PKL season ending the campaign with 75 tackle points. The 22-year old ended the campaign as unarguably the best right corner of Pro Kabaddi Season 7. The right corner became the quickest player in terms of matches in PKL history to score 200 tackle points in a Pro Kabaddi Season. Nitesh after being handed the captaincy started slowly but came into his own as the season progressed leading from the front and forming a deadly corner combination with left corner Sumit. Nitesh has emerged as one of the most complete defenders of PKL with his vice like ankle and thigh holds.

Surjeet Singh was surprisingly not retained by Bengal Warriors after 2 fairly successful seasons as the Captain of Bengal Warriors. Puneri Paltan picked him for 55 lakhs and the Services defender was named as the captain of Puneri Paltan for Pro Kabaddi Season 7. Surjeet endured a mixed season where he veered between brilliant in one match to being ordinary in the other match. The 29-year old scored 63 tackle points, the most by a right cover defender in Pro Kabaddi Season 7. The Navy man didn’t do justice to his talents but the fact that he still ended up as the most successful right cover highlights his talents and also the lack of good right covers in the Pro Kabaddi League.  His tally of 7 High 5s were joint most in Pro Kabaddi Season 7 and in the process,  he ended the campaign with a total of 27 High 5s, the most by a player in Pro Kabaddi History.

Parvesh Bhainswal didn’t enjoy the best of season according to his lofty standards but the tall defender from Haryana still was the best left cover in Pro Kabaddi Season 7. The 22-year old scored 55 tackle points, among left covers only Mahender Singh scored more tackle points but Parvesh had a much better success rate than Mahender Singh. The tall defender is blessed with a deadly thigh hold to go with blocks and chain tackles making him the most lethal cover in the business. His performances in the last 3 seasons means the International reckoning is just a matter of time. 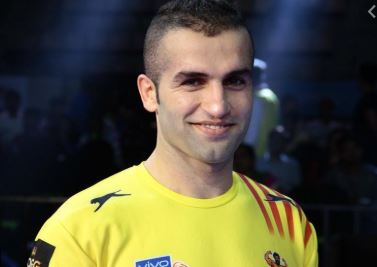 Fazel created history when he became the first foreigner to be retained by U Mumba for 1 Crore 10 lakhs Rupees. U Mumba named him as their Captain for the season and the Iranian “Iron Man” once again enjoyed a spectacular PKL campaign leading U Mumba to their first semi-final in 4 years. The 27-year old finished the campaign with 82 tackle points, winning the best defender award for the 2nd time in Pro Kabaddi history, in fact, “Sultan Fazel is the only player to win the best defender award twice in PKL. The left corner also became the firsts foreigner to score 300 tackle points in PKL history.

U.P Yoddha have a knack of unearthing big defensive talents and Sumit was the latest teenage sensation to stun the Pro Kabaddi League viewers with his defensive skills. The left corner was initially overlooked in favour of the experienced Sachin Kumar, but after a horror start U.P Yoddha coach Jasvir Singh gave the 19-year old a chance to shine. Young Sumit grabbed the opportunity with both hands ending the campaign with 77 tackle points, the most by an Indian in Pro kabaddi Season 7. Sumit’s tally 7 High 5s were the joint most in Pro Kabaddi Season 7 along with veteran Surjeet Singh.

Why Pakistan deserved semi-final over New Zealand in CWC19?