Match 25 of Pro Kabaddi Season 7 will see Haryana Steelers take on Tamil Thalaivas. We look at the key factors that will decide the contest.

Will we see a first winner?

Tamil Thalaivas and Haryana Steelers have met on 3 occasions and amazingly all have ended in a tie. It is the only fixture in Pro Kabaddi which has failed to see a winner in more than 2 clashes. Will the trend end tonight?

Will Tamil’s star raiders shine against a shaky Haryana defence?

Tamil Thalaivas lost their last match against Patna Pirates by a solitary point thanks to a lackluster performance by the Tamil Thalaivas star duo of Rahul Chaudhari and Ajay Thakur. Both have looked far from their best and have faltered in crucial moments which have cost the Thalaivas dearly. Ajay Thakur stepped out in the lobby at the start of the match against Dabang Delhi which cost Thalaivas a chance for an early all-out. Rahul Chaudhari also struggled against Patna Pirates getting super tackled on 3 occasions in addition to getting line-out in the penultimate raid which cost Thalaivas the match. Tamil Thalaivas next face a Haryana Steelers defence which has struggled to convince so far. Against a team which barring Dharmaraj Cheralathan consists of an inexperienced defence will the duo stand up and be counted? 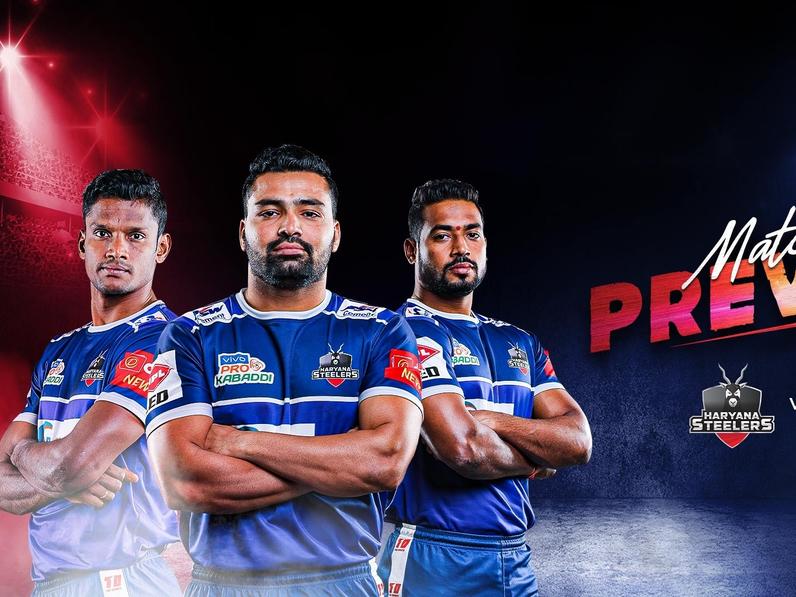 Test for Haryana’s young raiders against an experienced Thalaivas defence

Due to the injury enforced absences of Vikash Khandola and Prashanth Kumar Rai Haryana Steelers have been forced to rely on Naveen, Vinay and Selvamani. While Naveen has impressed Vinay and Selvamani have failed to provide adequate support. Steelers next face Tamil Thalaivas who boast an experienced defence which has done well so far. Thalaivas are the only team against which Naveen Kumar has failed to score a Super while Thalaivas led by Manjeet restricted Pardeep Narwal to just 1 point. The key for Thalaivas to win their 2nd match will be their defence especially right cover Ajeet doing well.