PKL 7 – The Play-off Teams Analysis: What they did right and which areas to improve

Corners: Dabang Delhi’s corners led by captain Joginder Narwal and the experienced Ravinder Pahal are the pillars of their defence. Though Ravinder Pahal has blown hot and cold this season, the “Hawk” remains their best bet in the semi-finals and also their best defender this season. Opposite corner Joginder Narwal is also a capable defender using his experience and street smartness to stop the opposition raiders.

Covers: Delhi’s covers are their weakest points this season. Vishal Mane has endured his worst season in PKL failing with 58 of his 84 attempted tackles.  The Maharashtra native has attempted needless tackles gifting points to the opposition raiders. Left cover Anil has also struggled this season failing with 51 out of his 83 attempted tackles. The Services defender relies mainly upon the thigh hold which in 7-6 defence gives the left raiders an easy path for bonus. Hence, Dabang Delhi have struggled against left raiders this season.

Strong Raiding: Bengal Warriors boast an enviable raiding trio of Maninder Singh, Prapanjan and Nabibakhsh. Their reserve raiders include Sukesh Hegde, Rakesh Narwal and Saurabh Patil which means if one of their players is not doing well, they have a similar quality raider to replace him. Maninder has been absolutely unstoppable this season scoring 205 raid points at a raid strike rate of 64.46.

Corners: The corners Baldev and Rinku are young and have developed a good combination. Both have combined for 120 tackle points, among corner combinations only U.P Yoddha’s corners Nitesh and Sumit and U Mumba’s Fazel and Sandeep Narwal have scored more tackle points in this season. They would hope to carry their form in the play-offs of PKL 7.

Covers: Bengal Warriors have struggled with their cover defenders throughout the season. The experienced Jeeva Kumar is enduring his worst ever Pro Kabaddi Season. The 38-year old has failed with 56 of his 87 attempted tackles. Bengal Warriors have also failed to find a permanent solution to their right cover problems having used 4 players in the position with none of them impressing. Mayur Shivtarkar is their best right cover having failed with 23 out of his 30 attempted tackles.

Form of Surinder: Surinder has been a vital part of a strong U Mumba defence along with Fazel and Sandeep Narwal. But Surinder has lost form at a worst possible time, in the last 5 matches the right cover has attempted 22 tackles and has succeeded with only 5 of those. Add to the fact U Mumba’s persistent issue with left covers it is more important for Surinder to find form in the semi-finals.

Lack of a match winning raider: Abhishek Singh and Arjun Deshwal have found form at the right time. But unlike their other semi-final opponents U Mumba lack a raider who can single handedly win a match for them – PKL 7 Play-offs. Also, U Mumba’s best raider Abhishek Singh managed just 3 raid points from 11 raids the only time he has met Bengal. 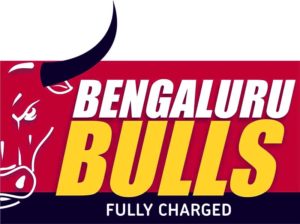 Pawan Sehrawat: Bengaluru Bulls biggest asset is the presence of Pawan Sehrawat in their ranks. The “Highflyer” is capable of single handedly destroying teams. If Pawan gets going there is no stopping him.

Overreliance on Pawan: While Pawan Sehrawat is capable of winning matches on his own, the fact remains that if he has bad game then the Bulls do not have a raider to revive him quickly and hence the Bulls are likely to find it tough to win a match if Pawan has a bad game.

Sportz Hub - September 16, 2021
0
The UCL was welcomed back on Wednesday, there the reds have their 12th men back... the presence of the fans undoubtedly has a very...