Match 8 of Pro Kabaddi Season 7 will see winless Telugu Titans take on Dabang Delhi. We will look at the key factors that will decide the contest.

Telugu Titans went into PKL 7 with a strong looking defence. Led by Abozar Mighani and Vishal Bhardwaj,  Farhad Milaghardan and C.Arun in the mix. The defence on paper has quality and experience. Sadly, for Telugu Titans the defence has struggled in the first 2 matches making silly tackles and gifting points to opposition raiders. Titans have a tackle success rate of just 37.50 – 2nd worst in PKL 7. They are coming up next against Dabang Delhi who have Meraj, Naveen Kumar and Chanran Ranjith in their ranks. They will take full advantage of any slackness in the Titans defence. 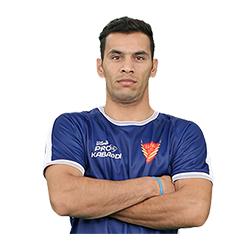 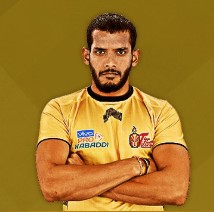 Aston Villa are in talks with Juventus over a £16m move for midfielder Rodrigo Bentancur. (Sky Sports)
#avfc

Renato Sanches has put contract talks with Lille on hold, with his contract set to expire in 18 months. Sanches ‘feels ready for a new chapter of his career’. [@AlfredoPedulla] #afc

Burnley have made a €10m bid for Zenit St Petersburg’s Sardar Azmoun, with AC Milan, Bayer Leverkusen and Lyon also interested in the out of contract forward. (Sky Sports)
#BurnleyFC

Arsenal are set to offer Mikel Arteta a new contract before the end of the season to prevent their manager entering the final 12 months of his deal. [@MattHughesDM exclusive, Mail] #afc https://mol.im/a/10428855

On this day, 3 years ago, Emiliano Sala was sadly taken from us. 💛🕊
#never forget

OFFICIAL: Millwall have signed winger Oliver Burke from Sheffield United on loan until the end of the season.

OFFICIAL: Sunderland have signed winger Patrick Roberts for free from Manchester City on a contract until the end of the season.