Strong Raiding: Dabang Delhi K.C retained Meraj Sheykh and Naveen and exercised RTM on Chandran Ranjith making it one of the strongest raiding units of Pro Kabaddi Season 7. They also have a decent back up raider in Vijay. 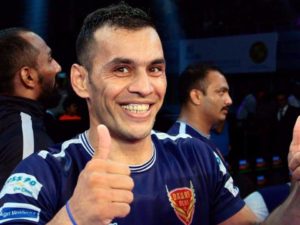 Retained Core: Delhi have the same 6 out of their 7 members from last season which means that they won’t have too many problems of making combinations and team coordination.

Strong Corner Combination: Delhi have one of the best corner combination of Pro Kabaddi Season 7 in the experienced Joginder Narwal and the “Hawk” Ravinder Pahal.

Covers: Delhi’s covers struggled last season with Vishal Mane forced to play left cover due to the poor performances of their left cover and Rajesh Narwal also struggled at right cover, this season also the covers look to be their weakest points. 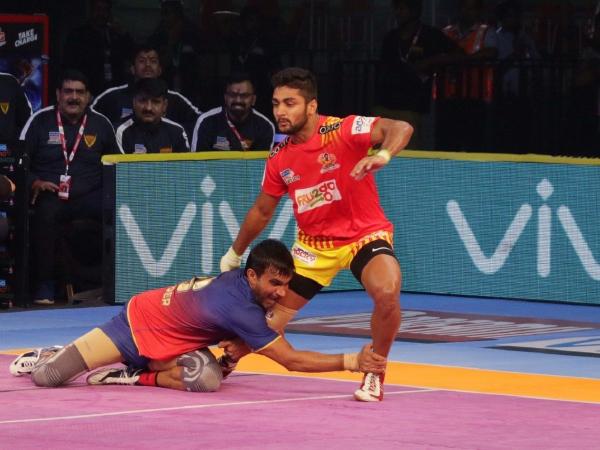 Joginder Narwal is ageing and has never played 2 consecutive PKL seasons, if he suffers an injury then Dabang Delhi will be without their main left corner and Captain.

Dabang Delhi have a strong raiding department and corners but lack of form of covers a worry.