The Pro Kabaddi Season 7 auctions have concluded with many players having found new homes and teams making new combinations which will give them the bests chance of winning. Amongst all the excitement of new players there were some big names who failed to interest the teams and remained unsold. We look at 4 such names who were surprisingly unsold at the auctions. 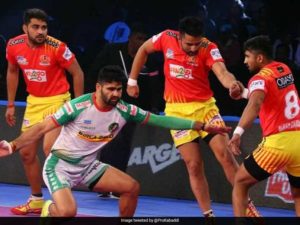 Right raider Ajay Kumar went surprisingly unsold at the Pro Kabaddi Season Auctions. Ajay’s pedigree can be gauged by the fact that he is a 2-time finalist with Jaipur Pink Panthers and Gujarat Fortune Giants out of the 3 seasons he has participated in Pro Kabaddi League. A right raider who relies on luring defenders onto him and then swiftly escaping, the 25-year old could have been an asset to teams who required a support raider.  The Army boy also is a calm head on the mat and is capable of making game changing interventions. 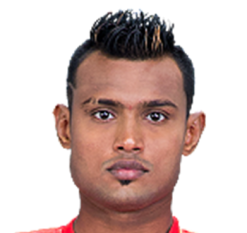 The tall raider who played a huge role in Gujarat Fortune Giants run to successive finals was shockingly ignored by the teams in the Pro Kabaddi Season 7 auctions. Mahendra Ganesh Rajput was the best substitute in the last 2 Pro Kabaddi Seasons making decisive impact for the Fortune Giants usually from the bench when the opposition defence tired towards the end of the matches. The 28- year old memorably won the match for Gujarat against U Mumba in Pro Kabaddi 6 by making a 5-point raid which cleaned up the U Mumba defence highlighting the left raiders destructive potential.

The unsung hero in U Mumba’s run to the play-offs Rohit Rana was expected to be taken back by U Mumba using the FBM card but surprisingly the Mumbai based outfit opted against it, but more surprising was the fact that the Himachal native failed to get any bids in the auction. The left cover formed a destructive cover partnership with fellow Himachal native Surinder Singh and after 2 lackluster seasons, the 30-year old appeared to be getting back to his best. Teams especially Puneri Paltan and Dabang Delhi could have done with his services especially that they do not have a recognized left cover with PKL experience. 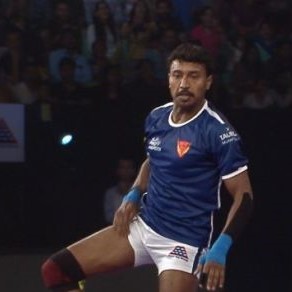 The man from Sanghli is perhaps the biggest surprise among the list of unsold players in Pro Kabaddi Season 7 auctions. Kashiling Adake played a vital role in Bulls maiden triumph as an all-rounder. The best raider of Pro Kabaddi Season 2 was not required to raid much due to the presence of Pawan Sehrawat and Rohit Kumar. Kashi has 612 total points the 5th highest in the history of Pro Kabaddi League. The 27-year old is still capable of making difference with his quick feet and big frame. Why the teams didn’t consider him will remain a big mystery.

Sportz Hub - June 27, 2021
0
Underperformers of Euro 2020 Group stages We look at the big-name players who have failed to perform according to their talent and ability. Kylian Mbappe: Kylian Mbappe...

Why Willian will be a Smart Signing for Arsenal.