All-Round Potential: Explosive Raiding department led by Pawan and Rohit Kumar, Ashish is a decent all-rounder, while Amit Sheoran is a fine upcoming left corner. Mahender Singh is one of the best defenders of PKL. 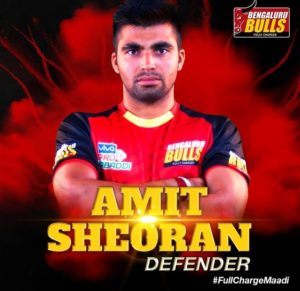 Pawan Sehrawat: Last PKL’s NYP played a huge part in giving the Bulls their maiden PKL title, Bulls will once again rely on the destructive Pawan Sehrawat to wreak havoc once again

Stable Core: They have also retained or brought back 5 out of their 7 last seasons players maintaining a stable core.

Bengaluru Bulls lacked a right corner last season and have once again chose not to significantly strengthen that position although they have bought Vijay Kumar, but he has struggled so far in PKL.

Bengaluru Bulls have the chance to become only the 2nd team to win back to back titles. Pawan Sehrawat also has the chance to cement his status as one of the undisputed stars of the PKL rather than a One season Wonder.

Bulls have an explosive raiding department and the core of the team is same with only the right corner a worry.

Surprising retention by teams ahead of Pro Kabaddi Season 7