The Pro Kabaddi Season (PKL 7) auctions ended with teams having made their moves. In this article we look at the SWOT analysis of U Mumba

Defence: Fazel is arguably the best defender of PKL, while rapidly improving Surinder Singh is one of the best right cover of PKL. Adding their new acquisition Sandeep Narwal to the mix and you have a formidable defensive unit. 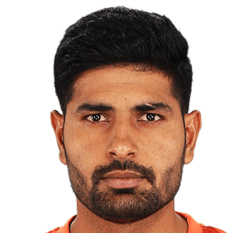 Lack of Match winning raider: U Mumba have the likes of Rohit Baliyan, Athul M.S and Dong Lee who do not possess the quality to lead the raiding and make game changing contributions regularly.

Dong Lee: Dong Lee has shown glimpses of potential but was never given consistent chances in the previous teams this might be the season where he proves his class.

Over dependence on Defence: U Mumba have a brilliant defence but if they have a bad day, their raiders do not have the quality to win matches. They would miss Siddharth Desai this season in PKL 7.

U Mumba have a strong defence but lack a raider who consistently scores points and makes a difference.