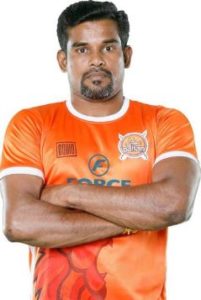 Dharmaraj Cheralathan was brought in by Head Coach Rakesh Kumar to add quality and experience in a young defence. The 44-year old will occupy the right corner for Dhakad Boys.

Right In: Vikash Khandola: Haryana Steelers retained Vikash Khandola after the 20-year old emerged as the go to raider for Haryana in PKL 6 despite the presence of PKL’s record buy Monu Goyat. The nimble footed raider scored 172 raid points and will lead Haryana’s raiding in PKL 6. 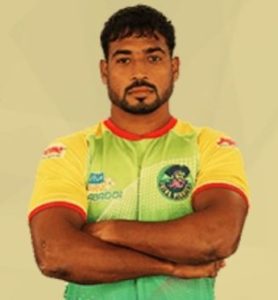 Despite struggling for form Haryana Steelers showed faith in Vikas Kale signing for 34.50 lakhs. The Maharashtra born defender will play as a right cover for the Steelers ahead of Ravi Kumar.

Centre: Naveen: Naveen was brought in by the Steelers as a replacement for the injured Surender Nada last season and the 23-year old impressed in Pro Kabaddi Season 6 convincing the Steelers management to buy him once again for PKL 6.

Left Cover: Parveen: Parveen replaced the ineffective Sachin Shingade at left cover and proved to be much better for the team’s cause. The strongly built defender will once again be deployed as the left cover for the Steelers.

Left In: Selvamani: Injury to Prashanth Rai means Selvamani K will get the chance to prove his worth after 2 injury interrupted seasons.

Left Corner: Kuldeep: Kuldeep starred for the Steelers filling in brilliantly for the injured Surender Nada. The Haryana born defender scored 49 tackle points last season and will start as the left corner for Haryana Steelers.

Sportz Hub - June 10, 2021
0
Euro 2020 Profile Croatia Can the small but talented nation defy the odds and replicate their 2018 World Cup success will be the big question....