Why Messi deserved to win his record 7th Ballon d’Or 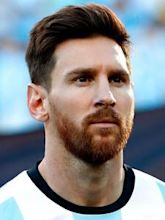 Messi started the year off in great form as he provided 4 goals and 1 assist in Barça’s first three LaLiga games. Unfortunately, this was followed by heartbreak in the Supercopa final, which was lost 2-3 to Bilbao with Leo getting sent off for the first time in his Barça career.

However, this only seemed to motivate Messi. In the following weeks, he once again picked up steam, helping his club recover their dominant LaLiga form. Between December 22, 2020 and April 5, 2021, Barça won 13 out of 14 games. 19 goals and 6 assists by Leo during this period.

On April 17, Messi won the Copa del Rey with Barça, scoring 2 goals in the 4-0 final win over Bilbao.

In the final games of the season, Barça’s form dropped massively, which caused them to lose the title to Atlético. Messi, however, continued delivering: in the last 7 LaLiga games, he provided 7 goals and 1 assist, carrying a dysfunctional Blaugrana side.

In total, those were Messi’s stats for Barcelona in 2021:

In the summer, the Copa América took place, which ended up being arguably Messi’s greatest success of his career

The group stage saw Messi score 3 goals and provide 2 assists in 4 games. He was directly involved in the crucial goals against Chile (1-1) and Uruguay (1-0). Finally, he helped Argentina secure number 1 spot in the group with 2 goals and 1 assist in the last game vs. Bolivia.

In the quarter final, Messi arguably delivered his most impressive showing of the tournament. After assisting the first two goals, Leo scored a beautiful free kick in stoppage time to lead Argentina to a 3-0 win over Ecuador and into the next round.

Against Colombia in the semi-final, Messi assisted Argentina’s only goal to help his team reach the penalty shootout. Despite suffering an ankle injury during the game, he scored the first penalty for the Albiceleste, who went on to win 3-2 and reach the final vs. Brazil.

On July 11, Messi fulfilled his life-long dream as Argentina beat Brazil 1-0 at the Maracanã to win the Copa América. This was Messi’s least noticeable performance of the tournament, but he fought as hard as everyone else to help Argentina win their first trophy since 1995.

In total, Messi sccored 4 goals and provided 5 assists at the Copa América, which made him joint top scorer as well as top assist provider of the competition.

In addition, Leo received the award for the best player of the tournament.

From January 1 to October 24, Messi put up the following numbers:

He won the following trophies and individual honors:

4 Managers Under Most Pressure Right Now in Football

Aston Villa are in talks with the representatives of James Tarkowski over a potential move, with the centre-back’s contract at Burnley expiring next month. (Sky Sports)
#AVFC

Arsenal consider Nicolas Pepe as a player available on the transfer market. Pepe has chosen a new agent recently precisely because he wants to explore different possibilities in the summer. Arsenal concede they will have to give a discount. @FabrizioRomano via @caughtoffside #afc

Arteta has identified Tielemans as one of his leading summer targets, with the manager making a number of background checks on the player. [@TelegraphSport]
#afc

Goalkeeper Fraser Forster has agreed to join Tottenham on a free transfer from Southampton and will undergo a medical this week. (Daily Telegraph)
#thfc

OFFICIAL: Liverpool have signed midfielder Fabio Carvalho from Fulham for £5m plus £2.7m in add-ons on a five-year contract.
#lfc

Cristiano Ronaldo winning the Golden Boot in each of the Top 3 Leagues in the world isn't talked about enough 🏴󠁧󠁢󠁥󠁮󠁧󠁿🇪🇸🇮🇹🐐.

OFFICIAL: Liverpool manager Jurgen Klopp has signed a new contract at the club until 2026.
#klopp2026