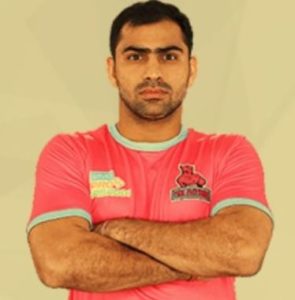 Mohit Chhillar: Mohit Chhillar is reunited with Head Coach E.Bhaskaran. Under whom he showed his best form from Pro Kabaddi Season 1 to 3. Tamil Thalaiavas fans will hope the 26-year old rediscovers his best form.

Right In – Rahul Chaudhari: The “raid machine” for the first time in Pro Kabaddi is playing for a team other than Telugu Titans. If Rahul can rediscover his best form than Thalaivas will be a force to reckon with.

Right Cover –  Ajeet: Unknown defender Ajeet was snapped up by Tamil Thalaivas for 32 lakhs after an intense bidding war with U.P Yoddha. The Services defender will line up as the right cover for the Chennai outfit. 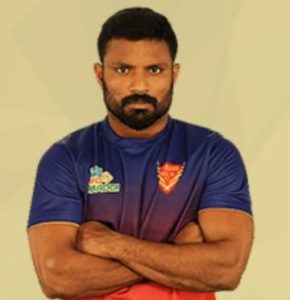 Shabeer Bappu: Shabeer Bappu is not the force he once used to be, but the Kerala born raider will start given his experience and also due to the fact that he is a left raider.

Left Cover – Manjeet Chhillar: Mighty Manjeet Chhillar was retained by the Tamil Thalaivas. The first defender to reach 300 tackle points in Pro Kabaddi will line up in the left cover position.

Left In – Ajay Thakur: Captain Ajay Thakur who for the 2nd season running scored more than 200 raid points will share the raiding burden with Rahul Chaudhari for the Tamil Thalaivas.

Left Corner – Ran Singh: Experienced all-rounder Ran Singh will line up at left corner – with Tamil Thalaivas hoping his arrival finally rids them of their left corner issues which plagued them for the last 2 seasons.